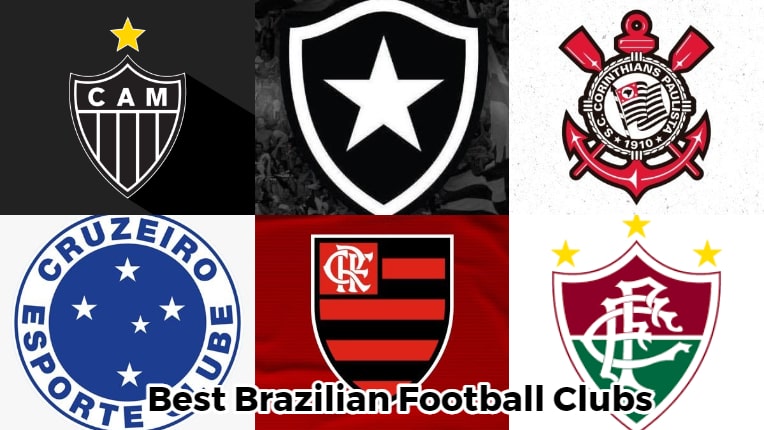 Based on soccer rankings for the current season, Footballtipmaster.com has picked up some of the most successful and best Brazilian football clubs. Brazil has cemented its place in football history by winning five World Cups and producing dozens of creative players, including the incomparable Pele. Despite their country’s fantastic history in the sport, Brazilian football teams are underdeveloped in comparison to other countries teams, particularly those from Europe, where football has become big business. However, football in Brazil is much more than just a game. It is a type of religion that the nation sticks to with great pride and passion.

Football has social, political, cultural, and economic ramifications across the country. As a result, this football country has more top clubs than any other country in the world. Each team has its beautiful history, as well as different traditions, achievements, top players, rivalry, and a large number of devoted fans.

What Are The Most Successful Brazilian Football Clubs?

Clube Atletico Mineiro, or simply Atletico, was founded in 1908 by a group of 22 students from Belo Horizonte, in the state of Minas Gerais. As the club’s mascot is a rooster named Galo, the club is also known as Galo Doido. Their uniform and logo are both black and white. Between 1917 and 2021, the club won 45 State Championships, one Serie B, two Copa do Brasil, two Brasilieiro, one Copa Libertadores, and one Recopa Sulamericana. Cruzeiro is their main regional rival, and their rivalry, known as the Classico Mineiro (“Mineiro Derby”), has existed since Cruzeiro’s inception in 1921. These two teams frequently clashed, and the only national final between the two clubs occurred in the 2014 Copa do Brasil, when Atlético triumphed in a final match played at the Mineirao.

The most extreme result of the Classico was Atletico’s 9-2 victory in the 1927 State Championship. Atletico is currently building a private stadium called MRV Arena, which will seat 47,000 people. The stadium is set to open in 2023, and the club currently plays in the Mineirao and Independencia stadiums. The club has approximately 7 million supporters throughout Brazil.

Botafogo de Futebol e Regatas, also known as Botafogo, is the home club of legendary Brazilian footballer Garrincha, who played for the club from 1953 to 1965. The club is one of the oldest, having begun as a rowing club in 1894 before establishing a football team in 1904. It is popularly known as Glorioso because of its past glories, and it is also known as the “lonely star” because of its logo, which features a star in the center. The club’s colors are black and white, and its mascot is a young boy named ‘Manequinho.’ Its games are held in the Enhengao stadium, which has a capacity of 46,000 people. This club has won 21 state championships, two Brasileiro championships, and two Serie B championships.

Sport Club Corinthians Paulista was founded on September 1, 1910, by a group of laborers in the Bom Retiro neighborhood who decided to form their club. Their idea was to form a football team in which anyone could demonstrate his abilities in the sport, as football was considered an elitist sport in Brazil at the time, played primarily by British descendants and people working for British companies.

This Best Brazilian football club was founded by five railway employees who were inspired by the London-based Corinthian Football Club, has become one of the most successful Brazilian clubs, having won the national title seven times, as well as three Copa do Brasil trophies, one Supercopa do Brasil trophy, and a record 30 Sao Paulo State championships. On the international stage, the club won the first FIFA Club World Championship in 2000, and won it again in 2012, after winning the Copa Libertadores de America for the first time that year.

The first club names proposed by the founders were full of Brazilian national pride: Carlos Gomes Football Club and Futebol Clube Santos Dumont. However, these well-known Brazilian names were sidelined after the English amateur team Corinthian, which wore pink and brown shirts, won all six games in So Paulo and Rio de Janeiro during an exhibition tour of the country. Sport Club Corinthians Paulista was chosen as a tribute to the great British club of the early twentieth century. Joaquim Ambrosio, one of the five laborers who founded the club, suggested the name.

Cruzeiro Esporte Clube was founded on January 2, 1921, by a group of Italian immigrants who had arrived in Belo Horizonte. The club’s original name was Societa Esportiva Palestra Italia, and its colors were white, green, and red, in honor of the Italian flag. Only Italian immigrants were permitted to play on the team until 1924. At the height of WWII in January 1942, the Brazilian Federal Government forbade any club from associating with any country that was an ally of Germany, forcing the team to change its name and colors.

Cruzeiro Esporte Clube was born in October 1942 under the celestial five-star constellation with the colors blue and white. Cruzeiro has developed into one of the top-ranking clubs in Brazil, as well as the club with the largest fan base in the state of Minas Gerais, thanks to its modern infrastructure and numerous world championships. Great names have emerged from Cruzeiro’s youth ranks, including Ronaldo, Belletti, Maicon, Gomes, Luis?, Freddy, Ricardinho, and many others.

Everything began in 1895, a few years after the Republic Proclamation, but not with football. As incredible as it may appear, it all began with rowing, a popular sport at the time that was practiced on the beaches of Flamengo and Botafogo. Some friends and other people from the same area decided to form a rowing club so that they could compete, and they named it Clube de Regatas Flamengo.

Flamengo or Clube de Regatas do Flamengo, is one of Brazil’s most successful and well-known soccer clubs. It was founded in 1895 as a rowing club but changed to a football club in 1912, using the colors red and black to represent them. Since 1969, the vulture, the “Urubu,” has been Flamengo’s most recognizable mascot, and fans commonly refer to the club as Mengao. It plays its home games at Brazil’s Maracana Stadium, which has a seating capacity of 78,838. Flamengo has 36 state championships, three Copa do Brasil titles, seven Brasileiro titles, two Libertadores titles, one Copa Sudamericana title, and one Intercontinental Cup.

Vasco, Fluminense, Botafogo, and Atletico Mineiro are their main rivals. Zico, a former Udinese player, was a Flamengo player and is now the club’s head coach. Flamengo is the most popular Brazilian football club, with approximately 44 million followers across the country.

Fluminense Football Club, founded in 1902, was the first Brazilian club to bear the name football and has since become one of the most popular in the Brazilian country. The Fluminense FC, a sports pioneer, was instrumental in the establishment of football leagues and tournaments, which influenced the formation of new teams as well as the Brazilian National Team – the Selecao. The historic Laranjeiras Stadium, which opened in 1919, was critical in popularising football in Brazil. Fluminense FC was named the world’s most complete sports institution by the International Olympic Committee in 1949, and the club was awarded the Olympic Cup. Fluminense FC’s most notable victories include the 1952 World Club Championship and five national championships.

The club was founded in 1903 by European immigrants Andy Fairbank of England and Paul Cochlin of Germany. The Arena do Gremio is the home ground of the football club Gremio Porto Alegrense, which moved there in 2013 after previously playing at Estadio Olimpico Monumental since 1954. Gremio won 40 state championships, one Serie B championship, five Copa do Brasil titles, two Brasilieiros, three Libertadores, two Recopa Sulamericanas, and one Intercontinental Cup. In 1981, the club broke all attendance records at the Olimpico, seating 98,421 fans. Despite losing that game, Gremio went on to win their first Brasileirao title, defeating Sao Paulo 3-1 in the final. Two years later, they won their first Copa Libertadores title, defeating 1982 champions Penarol 3-2. Before that, Gremio narrowly defeated Estudiantes in a contentious semi-final match subtitled the “Battle of La Plata.”

Sport Club Internacional, also known as Inter de Porto Alegrer, is based in Porto Alegre. The Poppe brothers founded it in the Rio Grande do Sul in 1909. with the colors red and white to represent It is also known as Colorado because of its predominant color, red. Its mascot is SACI, a popular character in Brazilian folklore, and its stadium is Beira Rio, which opened in 1969 and was modernized again in 2014, with a capacity of 50,128 fans. Their main titles are 45 state champions, one Copa do Brasil, three Brasileiro, two Libertadores, two Recopa Sulamericanas, and one FIFA Club World Championship, with Gremio as its main regional rival. Internacional won the state championship eight times in a row during the 1970s and the national championship in 1979 without losing a single game. As a result, their fanbase refers to this period as “the golden decade.”

Three local athletes, Francisco Raymundo Marques, Mario Ferraz de Campos, and Argemiro de Souza Junior, spearheaded the formation of Santos Football Club. They invited everyone who wanted to attend the inaugural meeting of the new club, which was formed to promote the practice of soccer, a sport that was introduced in Brazil at the turn of the century. Eight times, the club has won the most important Brazilian competition, known as “Campeonato Brasileiro” (1961-65, 1968, 2002, and 2004). The team has also won the Campeonato Paulista (Sao Paulo State Championship) twenty-two times and the Libertadores Cup (Copa Libertadores da America) three times. Throughout its 104-year history, the team has produced players such as Araken Patusca, Antoninho, Pele, Robinho, Paulo Henrique Ganso, and Neymar Jr.

Santos FC currently has over 6 million fans in Brazil and a digital fan base of over 10 million followers across social networks.

Brazil is a thrilling powerhouse team in the world of football. They are the only country to have competed in every final tournament, 22 in total from 1930 to 2022. Brazil has won the FIFA World Cup 5 times: in 1958, 1962, 1970, 1994, and 2002. Brazil has reached the World Cup Final seven times, second on the list. Germany is top on the list which has done so eight times. The most successful World Cup-winning team Brazil was beaten 7-1 by Germany in the semifinals in 2014 and then fell to fourth place by The Netherlands. Brazil was defeated in the quarterfinals of the 2018 World Cup by Belgium. Currently, Brazil has qualified for the World Cup in Qatar in 2022.

We hope you enjoyed our article on the best Brazilian football clubs. Please drop your opinions in the comment box. The information for this article is acquired from Wikipedia. Since this topic is subject to change, our website provides no guarantee for the accuracy of the information.