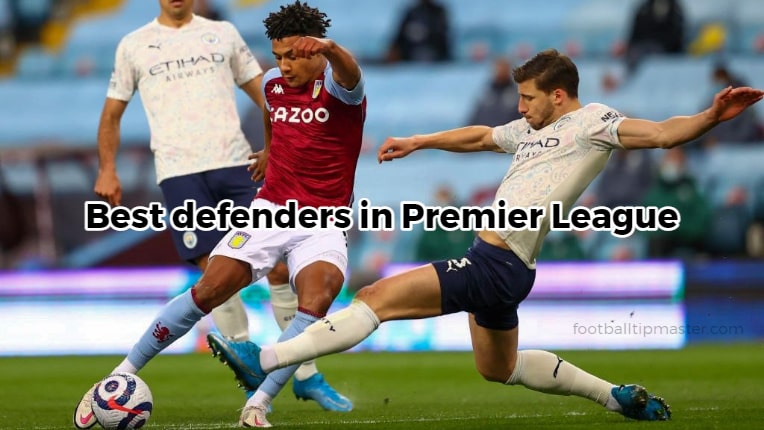 A tackle that stops a goal is worth much more than you can imagine. The football world was blessed with some of the greatest defenders ever to play the game. From Franz Beckenbauer to Franco Baresi and Nemanja Vidic, the history of soccer is full of great defenders. But however, who are the best modern defenders in the Premier League? Who are the five guys that are currently at the top? Here is the list of the top 5 best defenders in the Premier League.

Who are the best defenders in Premier League right now?

Virgil Van Dijk is a Dutch professional footballer who plays as a center-back for Liverpool and the Netherlands national football team. He is the best defender in the Premier League right now. He was also the UEFA Men’s Player of the Year in 2019. Van Dijk began his career at Groningen before transferring to Celtic in 2013. He won the Scottish Premiership and was also named PFA Scotland Players’ Player of the Year in back-to-back seasons.

He moved to Southampton in 2015 for £13 million and transferred to Liverpool in January 2018 for a world record fee of £75 million (€85 million) for a defender. In December 2018, he became the first defender since John Terry in 2005 to win the PFA Players’ Player of the Year award. He also won the UEFA Champions League Defender of the Season and the UEFA Men’s Player of the Year award in 2009. In addition, he finished runner-up for The Best FIFA Men’s Player award and finished third for Ballon d’Or. Virgil Van Dijk is also one of the greatest defenders in the football world. His tackle success rate is 71% in the Premier League.

He is a Portuguese professional footballer who plays as a central defender for the English Premier League club Manchester City and the Portugal national team. He began his career at Benfica, playing with their reserve team. But he also appeared and scored once in the first team before joining Varzim S.C. on loan for the 2016–17 season.

In July 2017, Dias rejoined Benfica and made his debut against Vitória de Guimarães in the Primeira Liga. furthermore, he also won five trophies including two Primeira Liga titles and three Taça da Liga titles. In September 2020, he signed for Manchester City in a deal worth €68 million as well as €3 million in add-ons, signing a six-year contract. Dias also represented Portugal at every level from under-15 upwards, winning the UEFA European Under-19 Championship in 2015 and participating at the 2016 Olympic Games and 2018 FIFA World Cup. Ruben Dias made his senior debut in October 2018, and also scored his first international goal against Luxembourg in November 2019. His Premier League tackle success rate is 65%.

Andrew Robertson is the third-best defender in the premier league. The Scottish footballer has been one of the outstanding players in the country since his £8m arrivals from Hull. His attacking prowess and defensive stability made him a key player for Jurgen Klopp. Moreover, he was ranked fourth among all defenders for assists. And he also went on to become a fan favorite at Anfield as he scored some significant goals for his side.

His senior football debut was with Dundee United when he was 24 before moving to Hull from Queen’s Park. The defender then joined Liverpool from Hull City, having played for Scotland at under-21 levels before making his full debut against Poland in March 2014. Robertson has made over 300 career appearances. He has also represented Scotland at under-17, under-19, under-21, and senior levels. Furthermore, he was part of the nation’s squads at UEFA Euro 2016 and the 2018 FIFA World Cup. His Premier League tackle success rate is also 65%.

Firstly, he made his first-team debut on 25 October 2016 against Tottenham Hotspur to become their first youngest player to play in European competition on 9 December 2016 against FC Spartak Moscow at 18 years 45 days old. Even though he is only 23, he holds a lot of records. The records are most assists in a season by a defender (12), most assists in premier league history by a defender (27), and also the youngest player to ever reach 50 premier league appearances. Trent was born on 7 October 1998 in West Derby, Liverpool, England. He started playing football at a young age as he played for St Matthew’s FC when he was only 6, before joining Liverpool at age 9.

Joao Concelo is a Portuguese footballer who has played for Benfica, Sporting and Porto in the Primeira Liga. He is currently playing for Manchester City. He plays as a center-back, but he can also play as a right-back. Joao has been named to the UEFA Team of the Year five times as well as FIFPro World XI five times. Joao has also been named for the all-star squad for two Copa America tournaments.

He has been a professional soccer player since 2012 and is one of the best defenders in football. Moreover, he has had the highest number of tackles in the premier league and Joao Concelo is the fifth-best defender in the premier league. Joao is a great soccer player. He also has a tackle success rate of 62%. Joao played for many clubs, including Benfica, Barcelona, Real Madrid as well as Manchester United. However, his highest-scoring season was with Manchester United (he scored 20 goals in 34 games).

We hope you enjoyed our article on the top 5 best defenders in Premier League. And also please share your feedback in the comments section below. The source for the data of this article is Premierleague.com. Since this page’s information is subject to change at any time, our website(www.footballtipmaster.com) makes no guarantees about the content’s accuracy.