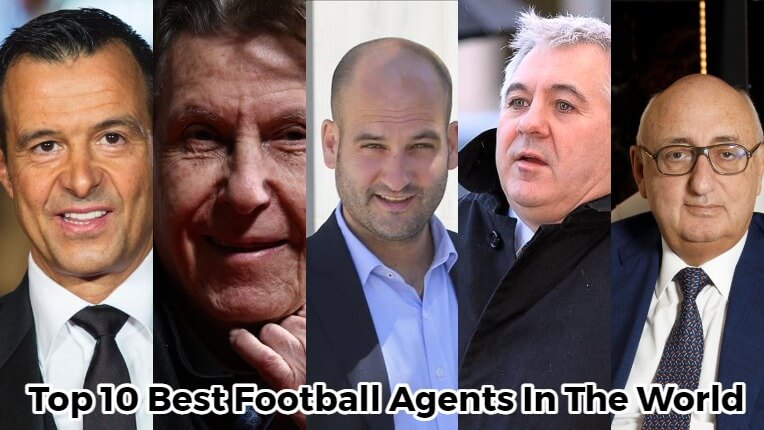 Is it true that football requires the best agents? What exactly is the purpose of a football agent? However, an agent’s primary role in contract negotiations remains the same as it has always been: to secure the best possible deal for his player. Aside from multimillion-pound salaries, agents have devised every possible incentive to get a few extra quid out of a club. By not having an agent, the player risks undervaluing himself and not receiving what he is entitled to. Agents provide a safety net for players in an industry where millions of pounds are spent on players and six-figure contracts are signed.

Do footballers pay their agents? Who pays football agents fees? The player’s agent will usually negotiate that the club pays the agent’s commission on the player’s behalf in a representation contract. This benefit eliminates the need for the player to pay his agent. Under the terms of his representation contract with this agent, the player is obligated to pay his agent, say, 5% of his gross basic wage. In practice, this does not happen very often. (5%) from the player in a single annual payment.

Sports agents especially in football (soccer) play an important role in the industry and are key stakeholders. Football agents are essential in every decision made by professional football players. They handle the majority of the juicy deals in the football world. In doing so, they provide the best possible deals, allowing players to fulfill their desire to play for their preferred team. Some of these agents are handsomely compensated while delivering deals to their clients. Some agents make more money than coaches and athletes combined. In this article, we will go over the top ten best football agents in the world.

The World’s Top 10 Highest-Earning Football Agents | How much do soccer agents get paid?

How much money does a football agent earn? This answer is entirely dependent on which player they represent and how many clients they represent. Agents typically charge a commission (up to 10%) to their clients. Based on this, an agent can earn between £1,200 and £550,000 per Premier League client per year, according to Sports Management Worldwide. This figure ranges from $1,300 to $260,000 for agents representing Major League Soccer players.

Top 10 Highest-Earning Football Agents In The World | Who is the highest paid football agent?

Top 10 Best Football Agents: Who is the most influential football agents in the world?

Jorge Mendes is a well-known Portuguese football agent. He is a member of the Portuguese Football Federation and the owner of the GestiFute company, which was founded in 1996. Mendes is a former nightclub DJ and owner who has worked as an agent for nearly two decades. His biggest break, arguably, came when he signed a young Ronaldo and secured his transfer to Manchester United, and he built an empire from there. Mendes is one of the world’s most powerful football agents, with clients including David de Gea, Jose Mourinho, Diego Costa, James Rodriguez, Joo Felix, and Cristiano Ronaldo.

Mendes represents City’s Ruben Dias and Joao Cancelo, as well as Wolves’ Ruben Neves and Pedro Neto, the latter of whom is attracting interest from Manchester United, according to reports. Vitinha, a PSG target, and fellow countrymen Renato Sanches, Andre Silva, and Nelson Semedo are also on his radar. He has one of the best client systems in the football industry. He eventually rose to become the first-choice agent for both elite clubs and players. According to Forbes, Mendes has negotiated more than $1 billion in active contracts. Jorge Mendes is ranked first on our list of the world’s top ten best football agents.

Pini Zahavi is the most powerful football agent in Israel. Zahavi was involved in the ownership change of Chelsea and Portsmouth, as well as his work as a football agent, particularly the record-breaking transfer of Rio Ferdinand. Zahavi’s headquarters are in Tel Aviv. He was arguably the most powerful agent at the time. Rio Ferdinand was represented by Zahavi when he moved from Leeds United to Manchester United. His current clients include Robert Lewandowski, Christopher Nkunku, Pierre-Emile Hojbjerg, Alex Telles, Julian Weigl, and others.

Zahavi is set to receive €5 million from the club each year. Robert Lewandowski is expected to sign a four-year contract extension that will keep him at the club until 2026. He is getting paid €9 million per year as his remuneration or wage. Pinhas Zahavi made a name for himself by assembling the best team possible. He also played a significant role in the club’s recent acquisitions. He established himself as Europe’s first soccer agent thanks to his extensive network in the football industry. Pini Zahavi is the best football agents in the world, with clients such as Carlos Tevez and Rio Ferdinand.

Pere Guardiola works as a football agent for the Sports Entertainment Group, a leading player agency based in the Netherlands. The agency represents several players who are currently or were previously based in the Netherlands, as well as some of the game’s most prominent managers. Pere Guardiola may not be as well-known as his Manchester City-managing brother. He quietly made his way as the best football agent. He previously worked in Nike’s Sports Marketing department, where he worked with Barcelona, Spanish national team players, and Brazilian duo Ronaldo and Ronaldinho, among others. Pere Guardiola only needs a couple of world-class clients to be recognized as a significant powerhouse in the agency game, with Luis Suarez and Thiago Alcantara among his associates.

Paul Stretford is England’s most powerful sports agent. He founded Proactive Sports Management in 1987. The firm renamed Formation Group in 2004. Later went on to represent England footballer Wayne Rooney, among others. Wayne Rooney rose to become one of the world’s most marketable players. And Stretford continued to play a significant role in Wayne Rooney’s financial success. In the process, he made his own fortune. Proactive fired Stretford for “gross misconduct” and sued the club in an attempt to recoup the £1.6 million it had paid for Stretford’s violation of FA regulations. The FA’s fine was £300,000, with legal costs totaling £1.3 million. In turn, Stretford issued a writ to Proactive’s Neil Rodford in July 2009, attempting to hold him personally liable for the £1.6 million.

Proactive also claimed it was entitled to £4.3 million in commission payments from Rooney on contracts brokered by Stretford while he was at the firm. Wayne Rooney announced his intention to leave Manchester United during contract negotiations in October 2010, only to agree to a new 5-year deal days later. Manchester United manager Sir Alex Ferguson later stated that Stretford was “not the most popular man in the world – certainly at our club” for his role in these events. Wayne Rooney and his company awarded Proactive an indeterminate “quantum meruit” payment, which is the subject of a subsequent legal hearing.

Proactive also won the right to appeal the “restraint of trade” judgment, which will be heard in July 2011, while Stretford will defend the £1.6m claim brought against him later that year. Proactive was also awarded £90,000 for its entire claim against Mrs. Rooney and her company (who chose not to attend court and offer any personal defence to the claim brought against her and her company).

Jonathan Barnett is the chairman and founder of ICM Stellar Sports and the highest-paid British football agent. According to Forbes, he was the world’s most powerful sports agent in 2019. He is credited with introducing Lennox Lewis to the world of boxing. Jack Grealish, Gareth Bale, Saul Niguez, Ruben Loftus-Cheek, and Jordan Pickford are among his clients. According to Forbes, Jonathan Barnett is the most powerful sports agent in the world. He was the driving force behind Gareth Bale’s £86 million move from Tottenham to Real Madrid in 2013, which remains his most notable achievement. The best sports agents have negotiated over $41.3 billion in active player contracts, earning $1.92 billion in maximum commissions.

Milan Calasan is a retired Slovenian-born Montenegrin footballer who now works as a player agent in France. He was the sports director of two Japanese football clubs, Nagoya Grampus Eight and Gamba Osaka, from 1990 to 2001. He was the first agent to bring European players and coaches to Japan, including Arsene Wenger and Frederic Antonetti. Calasan is said to have been involved in the talks between the two parties since the fall of 2004 when Serbia and Montenegro were represented by their defence minister Prvoslav Davinic and president Svetozar Marovic. Davinic eventually signed the contract for the EROS satellite rental services for €45 million. According to allegations, the deal was not authorized by Serbian state authorities, and the entire incident is being investigated by the Serbian justice and defence ministries.

Read also- The 10 Most Underrated Football Players of All Time

Roger Ljung is a former Swedish professional footballer who played left-back. During his career, which lasted from 1983 to 1995, he played for clubs in Sweden, Switzerland, Austria, Turkey, and Germany. Ljung became a sports agent after retiring from professional football in 1995. In Lomma, he founded Roger Ljung Promotion AB, one of only three licensed agents in the country at the time; the newspaper Aftonbladet named him Sweden’s most successful agent.

Marcus Allback, Patrik Andersson, Erik Edman, Andreas Isaksson, Kim Kallstrom, and Teddy Lucic were among those for whom Roger Ljung worked. Marcus Ljung’s most notable client was Freddie Ljungberg, who played in the Premier League for several years. He negotiated a £3 million transfer fee with Arsenal, and the two parted ways in December 2006, when the player signed with mega-agency Creative Artists.

Martin Dahlin is a former professional football striker from Sweden. In his prime, he was one of the best strikers in the world. Dahlin went on to work as a sports agent for former teammate Roger Ljung’s sports agency, Roger Ljung Promotion AB. He has since established his own firm, MD Management. Ola Toivonen, Guillermo Molins, Markus Rosenberg, Jonas Olsson, Behrang Safari, and Pontus Jansson are among those he represents.

Dirk Hebel is a former professional footballer from Germany who played as a midfielder and is now one of the best football agents. He played professionally in Germany, Turkey, and England. With Brentford, he won the Third Division title in 1998-99. Hebel became an agent and a youth coach after retiring as a player. Hebel was the Director of Football for FC Junkersdorf while he was a player. Dirk Hebel became a FIFA-registered agent in 2002, and he co-founded the Fussballmarkt agency with friend Dominik Kaesberg and lawyer Nortbert Nasse. Mario Gotze, Sunday Oliseh, Goran Sablic, and Patrick Weiser are among the players he has represented. Hebel joined SC Fortuna Koln as a U14 coach in 2018.

We hope you enjoyed our article on the Top 10 Best Football Agents In The World. Please drop your thoughts in the comment box. The information for this article is acquired from Wikipedia. Since this topic is subject to change, our website (www.footballtipmaster.com) provides no guarantee for the accuracy of the information.