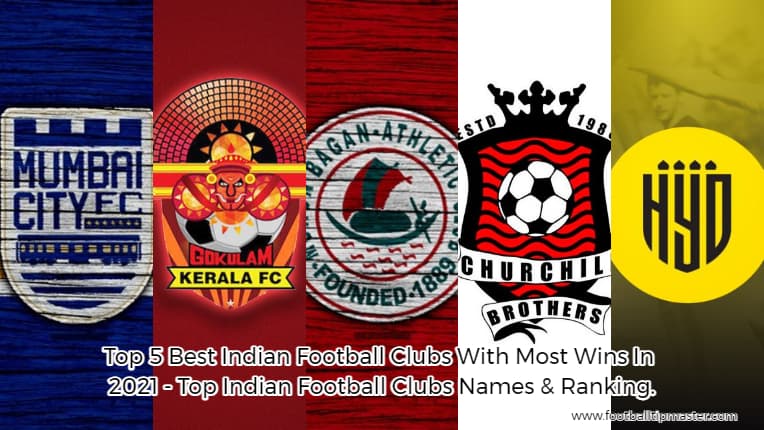 As we prepare to enter the New Year with a slew of new opportunities for Indian football, we must consider the success of some of the top clubs. In recent years, the emergence of the ISL has resulted in the formation of several teams from all over India, as football has entered an exciting new era.

Football is quickly becoming another sports sensation in the minds of people, particularly young people, in India, where cricket is regarded as a religion. Some teams have excelled and won some incredible matches in the Indian Super League (ISL) and the I-League.

You’re probably wondering if football is a good career in India. A football career in India is no longer a silly idea. Though football is not as popular as cricket on a national level, it is a much-loved and cherished sport on a local level.

Football is becoming a viable career option for young aspiring footballers who are passionate about the sport, thanks to tournaments such as the I-League and the ISL. Football has been a staple of the South Asian nation’s sporting calendar for well over a century, with the country home to several of Asia’s most illustrious clubs. Let’s look at the top five Indian football clubs in terms of wins in 2021.

Most popular football club in India

Best football clubs In India with the most wins in 2021

The defending champions of the ISL, Mumbai City, are at the top of the list in terms of wins in 2021. A 2-0 victory over Kerala Blasters marked the club’s first victory in 2021. Last years final saw the Islanders beat the Mariners 2-1, thanks to goals from Jose Arroyo and Bipin Singh. Mumbai has begun the 2021-22 season with a similar zeal to win their second title in a row. So far this season, they have won 5 of their eight games, including a resounding 5-1 victory over ATK Mohun Bagan.

On this list, the I-League team is ranked second. Sree Gokulam Group founded this football club in Kozhikode, Kerala, in 2017. This year, the defending champions had an unrivaled season. They began the season with a 4-3 victory over RoundGlass Punjab. In their final game of the season, the Malabarians won 4-1 over TRAU FC to clinch the championship. Among the 13 victories in 2021 are a 1-0 win over Luca SC in the Kerala Premier League and two victories in the Durand Cup.

This football club is based in Kolkata, West Bengal. The Mariners had a fantastic season in the 2020-21 Indian Super League, reaching the finals. The year began with a victory over NorthEast United. The Kolkata-based team ATKMB F.C. defeated the same team again in the semi-finals, earning them a spot in the final against Mumbai City. Following the league season, ATKMB F.C. competed in the AFC Cup. With victories over Bengaluru FC and Maziya S&RC, they advanced to the inter-zonal semi-finals. They started confidently in the new ISL season, with back-to-back wins over Kerala Blasters and SC East Bengal, but they soon fell off their path. Their recent 3-2 win over NEUFC under new coach Juan Ferrando could be a watershed moment for them.

In the ISL 2021-22 points table, Hyderabad FC is currently in second place with 15 points, just behind Mumbai City FC. The club had a memorable year, winning eight games in the Indian Super League. 2021 kicked off with a 4-1 win over Chennaiyin FC. Further victories over NorthEast United, Chennaiyin FC, and Kerala Blasters, combined with a string of draws, meant that the team would have to settle for fifth place in the 2020-21 season. Hyderabad FC won four more games after the start of the new season to finish the year in a comfortable position in the league.

FAQs about the best football clubs in India

Q. Who is the No 1 footballer in India?

Sunil Chhetri is India’s No 1 footballer. Sunil Chhetri, India’s all-time leading scorer, is a footballing giant. He made his Hero ISL debut in 2015 for Mumbai City FC, but it is with Bengaluru FC that he has made a significant impact. Sunil Chhetri scored 14 goals for the Blues in the 2017-18 season, the most by an Indian in a single season of the Hero ISL, and was named ‘Hero of the League’ as well as ‘AIFF Player of the Year’ in 2017. He led the team to the Hero ISL title in 2018-19 and was also the Blues’ top scorer in the 2019-20 season, with nine goals. In 2020-21, he had a below-par season by his high standards, and the Blues failed to make the playoffs.

Q. What is the salary of Indian football players?

“The average professional player who represented India last year earned between Rs 40 and 50 lakh per year.” “Their salaries have increased this season, and they are earning anywhere between Rs 65 and 70 lakh,” said All India Football Association spokesperson Nilanjan Datta earlier this year.

This is our exclusive list of the top Indian football clubs with the most wins in 2021, as well as the names and rankings of Indian football clubs for the 2021-22 season. We hope you enjoyed our article on the best Indian football clubs. Leave your thoughts in the comments section. The data was gathered from the website https://www.indiansuperleague.com/ and a few media reports. This page’s content is subject to change at any time. Our website makes no guarantees about the information’s accuracy.