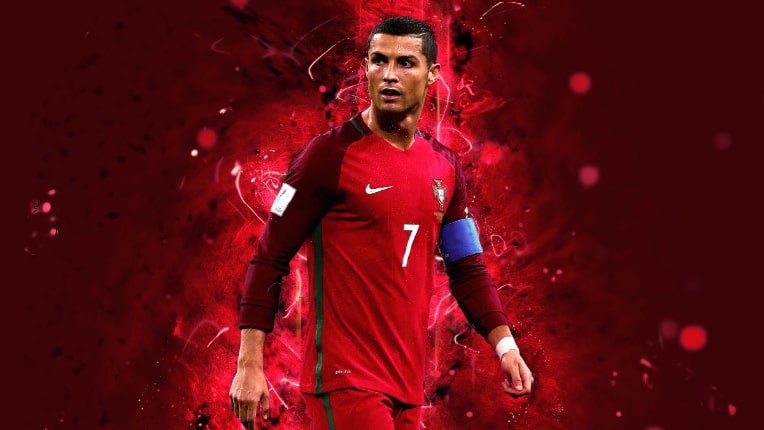 Over the years we’ve seen some of the best soccer players from Portugal. Portugal’s top soccer players have won several championships for their national team in various leagues. They most recently won the 2016 European Championship in an exciting victory over France. The Portuguese players were led by veteran team captain Cristiano Ronaldo on that particular team. Is he, however, the greatest Portuguese footballer of all time? See what others think in the poll below.

In terms of goals, Cristiano Ronaldo leads the Portuguese soccer team, with Pauleta a distant second. In addition to scoring, Ronaldo was the youngest player in history to reach 100 caps, at the age of 27. His records alone make him one of Portugal’s most famous people.

But do those achievements alone place Ronaldo among Portugal’s best soccer players? At the very least, he should be in the top ten. Eusebio and Luis Figo are also involved in the debate. Here are the top 5 best soccer players from Portugal:

Who are the top 5/10 best soccer players from Portugal? | All-time ranked

Cristiano Ronaldo was born on February 5th, 1985. He is a Portuguese professional footballer who plays as a forward for Manchester United in the Premier League. Ronaldo captains the Portugal national team. Cristiano Ronaldo’s trophy collection includes seven league titles, five UEFA Champions Leagues, one UEFA European Championship, and one UEFA Nations League. Ronaldo is a prolific goalscorer who holds the records for most goals scored in the UEFA Champions League and the UEFA European Championship, as well as the most assists in both competitions.

He has scored over 800 goals for club and country in his career. Ronaldo was born and raised on the Portuguese island of Madeira. He was diagnosed with a racing heart at the age of 15. Ronaldo had surgery to treat his condition and began his senior club career with Sporting CP before signing with Manchester United at the age of 18 in 2003.

He helped Man United win three consecutive Premier League titles. Moreover UEFA Champions League title, and a FIFA Club World Cup after winning his first trophy in England, the FA Cup, during his first season there. He had received Ballon d’Or and FIFA World Player of the Year nominations by the age of 22, and by the age of 23. He had won his first Ballon d’Or and FIFA World Player of the Year awards. Ronaldo was the subject of the most expensive association football transfer at the time. He moved from Manchester United to Real Madrid for €94 million (£80 million) in 2009. In 2018, he joined Juventus for an initial fee of €100 million, the highest ever paid by an Italian club and the highest fee ever paid for a player over the age of 30.

2. Luis Figo Is The Best Soccer Player From Portugal

Luis Figo was born on November 4, 1972. He is a retired Portuguese professional footballer. Figo played for Sporting CP, Barcelona, Real Madrid, and Inter Milan before retiring on May 31, 2009. He had 127 caps for Portugal, which was a record at the time but was later broken by Cristiano Ronaldo. Figo is regarded as one of the greatest players of his generation due to his creativity and ability to get past defenders as a winger. His 106 assists rank second only to Lionel Messi in La Liga history. He won the Ballon d’Or in 2000, the FIFA World Player of the Year in 2001, and Pele named him to the FIFA 100 list of the world’s greatest living players in 2004.

He scored 32 goals for Portugal in three European Championships and two World Cups, helping them reach the final but finish runners-up at Euro 2004.

Eusebio January 25, 1942 – January 5, 2014. He was a striker for the Portuguese national team. Many consider Eusebio to be one of the greatest footballers of all time. He scored 733 goals in 745 matches during his professional career (41 goals in 64 matches for Portugal). Eusebio existed as the Black Panther, the Black Pearl, or o Rei (the King) for his speed, technique, athleticism, and his ferocious right-footed shot, which made him a prolific goalscorer. He is regarded as S.L. Benfica’s and Portugal’s most famous player, as well as one of the first world-class African-born players.

Eusebio helped Portugal finish third in the 1966 World Cup, scoring nine goals (four of which came against North Korea) and receiving the Bronze Ball award. In 1965, he won the Ballon d’Or as European Footballer of the Year, and he was runner-up in 1962 and 1966. He played for Benfica for 15 of his 22 years as a footballer and is the team’s all-time top scorer with 473 goals in 440 competitive matches. He won eleven Primeira Liga titles, five Taca de Portugal titles, a European Cup (1961–62), and assisted the club in reaching three more European Cup finals (1963, 1965, 1968).

Eusebio also set a record by winning the Bola de Prata (Primeira Liga top scorer award) seven times. In 1968, he became the first player to win the European Golden Boot, a feat he repeated in 1973. Eusebio’s name appears frequently in the best player of all time lists and polls conducted by football critics and fans. He was voted the ninth-best footballer of the twentieth century by the IFFHS and the tenth-best footballer of the twentieth century by World Soccer magazine.

Deco is a former professional footballer who played as an attacking or central midfielder. He is one of only a few players to have won the UEFA Champions League with two different clubs, Porto in 2004 and Barcelona in 2006. In Porto’s Champions League-winning season, he was named UEFA Club Footballer of the Year and UEFA Best Midfielder, and he was named Man of the Match in the 2004 UEFA Champions League Final. Deco was the first player to win the UEFA Best Midfielder Award while playing for two different clubs, Porto and Barcelona. Despite losing to Internacional in the final, he received the 2006 FIFA Club World Cup Golden Ball and the Man of the Match award.

Deco was born and raised in Brazil, and after five years of Portuguese residency, he was granted Portuguese citizenship in 2002. He then chose to play for the Portugal national team. He earned 75 caps for them, appearing in two UEFA European Championships and two FIFA World Cups, reaching the Euro 2004 final and finishing fourth in the 2006 World Cup. Deco announced his retirement on August 26, 2013, after suffering a hamstring injury.

Rui Costa was born on March 29, 1972. He is a former professional footballer from Portugal. Costa was one of the best midfielders in the world. Also, one of Portugal’s best players in recent history. He typically played as an attacking midfielder. He is known for his excellent technique, playmaking ability, and eye for goal from midfield. Pele named him one of the 125 greatest living football players in the FIFA 100 in 2004. Costa, nicknamed “The Maestro,” played for Benfica in Portugal and Fiorentina and A.C. Milan in Italy for the majority of his career.

He won several trophies during his 17-year top-flight career including one Primeira Liga title, one Taca de Portugal title, one Serie A title, three Coppa Italia, one UEFA Champions League, and one UEFA Super Cup. He remains one of the best soccer players from Portugal.

We hope you enjoyed our article on the Top 5 Best Soccer Players From Portugal. Please drop your thoughts in the comment box. The information for this article is acquired from Wikipedia. Since this topic is subject to change, our website (www.footballtipmaster.com) provides no guarantee for the accuracy of the information.