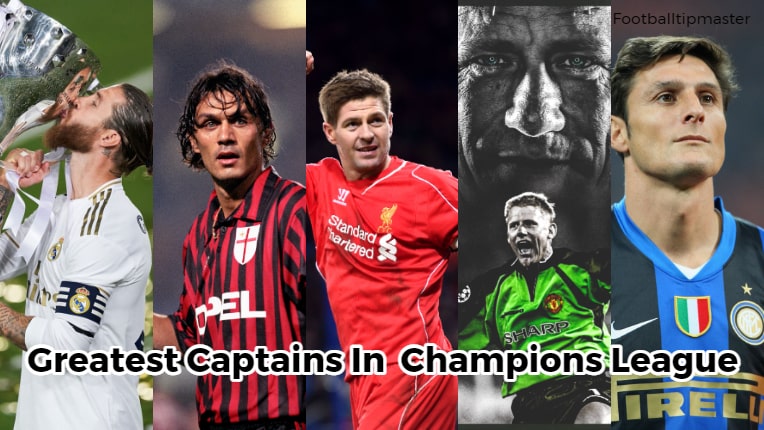 Here is a list of all UEFA Champions League winners since the competition’s inception in 1955. Before the 1992–93 season, the competition was known as the European Cup. The Champions League/European Cup has been won by a total of 22 clubs. Real Madrid has the most victories in the competition, having won it 13 times, including the inaugural season in 1956. This competition was first held in 1955-56, and it was known as the European Cup or European Champions’ Cup (officially the European Champion Clubs’ Cup) until 1992. The final in 2013-14 was the first in tournament history to feature teams from the same city. In 2016 final, the same two clubs faced off again. In the year 2000, two Spanish teams from different cities competed in the final.

Top 10 soccer players who have won the most UEFA Champions League titles?

List of UEFA Champions League Winners Paco Gento is a Real Madrid legend who has won the most UCL titles (6) in history. Cristiano Ronaldo has won the trophy five times, while Lionel Messi has won it four times.

1. Sergio Ramos is the most successful & the greatest captains in Champions League history, having won 4 titles.

There aren’t many better big-game players in Champions League history than Sergio Ramos. He may have a shaky disciplinary record, but his ability on both ends of the field is undeniable. With 15 goals, Ramos is one of the most prolific goalscoring defenders in UEFA Champions League history. Two of those goals came in back-to-back Champions League finals. His first came in the dying moments of the 2014 final against Atletico Madrid, forcing extra time, in which Real Madrid scored three times without reply to win La Decima. Ramos was at it again two years later, this time against the same opponents. Real Madrid led 1-0 at halftime thanks to the 36-year-15th-minute old’s strike. After Atletico Madrid scored to force extra time, the Real Madrid captain scored again in the penalty shootout.

2. Paolo Maldini Is The Second Greatest Captain in The Champions League

Paolo Maldini is widely regarded as one of the best full-backs in history. Though he didn’t contribute as many goals as modern-day full-backs, Maldini was a rock at the back for AC Milan, his only club. Maldini led Milan to three Champions League finals in five years during a legendary career spanning two and a half decades. The Rossoneri won two of them and were only denied a third by an unlikely comeback. His most recent triumph in the competition came in 2007 when he won his fifth Champions League title (fourth in the Champions League era). Paolo Maldini held the record for the most appearances in UEFA club competitions, with 174, until Iker Casillas surpassed him in 2017. With 902 appearances in all competitions, he holds the record for Milan and is one of only thirty-two players to have made over 1,000 career appearances.

Steven Gerrard is one of the greatest captains in UEFA Champions League history. According to Zinedine Zidane, Steven Gerrard is the best midfielder in the world. Many consider the enigmatic French midfielder to be one of the greatest players to ever grace the field of play, and he also holds the title of one of the world’s most expensive transfers. Gerrard, a Liverpool legend, raised his team from the dead in the epic 2005 final, dubbed the “Miracle of Istanbul.” The Reds looked defeated at halftime, trailing AC Milan by three goals.

But Liverpool captain Steven Gerrard led from the front in a stirring comeback. Gerrard was the one who started the comeback with a fine header. That gave his teammates hope that the game wasn’t a lost cause. After Vladimir Smicer equalized, Gerrard won the penalty, which Xabi Alonso converted off a rebound to restore parity. Jerzy Dudek, Liverpool’s goalkeeper, then made a stunning double save on Andriy Shevchenko to seal the improbable victory.

Peter Schmeichel is one of the most accomplished goalkeepers in Champions League history. The winner of Euro 92 was chosen to captain Manchester United in the 1999 Champions League final against Bayern Munich. This was due to the absence of the club’s regular captain, Roy Keane, due to injury. In the Champions League semi-finals that year, Schmeichel made a miraculous save to deny Ivan Zamorano. He was defeated early in the final, however, as Bayern Munich took an early lead. However, a combination of fine saves from Schmeichel, Bayern’s profligacy, and a stroke of luck meant that United trailed by a single goal heading into injury time. As they say, the rest is history.

Peter Schmeichel is widely regarded as one of the greatest goalkeepers of all time, as well as Denmark’s greatest goalkeeper ever, by pundits and former and current goalkeeping colleagues, and has been described as a contemporary, skilled, world-class, and encyclopedic goalkeeper, who also stood out for the duration of his career. Schmeichel, an eccentric but brilliant goalkeeper, was known for dashing forward when his team was chasing goals late in the game. United became the first English team to win the continental treble after Teddy Sheringham and Ole Gunnar Solskjaer scored in quick succession to break Bayern’s hearts.

Javier Zanetti is an Argentine former professional footballer who is regarded as one of the best players of his generation for his role in Inter Milan’s treble in the 2009-10 season. He is also regarded as one of the greatest captains in the Champions League. When Barcelona threw the kitchen sink at Inter in the second leg of the Champions League semi-final at Camp Nou, Zanetti rallied his troops. With Inter leading by two goals but a man down with 60 minutes remaining, the Nerazzurri were facing a difficult situation.

However, Zanetti and company fought and defended as if their lives depended on it. Inter was defeated on the night but prevailed on aggregate. Zanetti would go on to become the first non-Italian captain to win the treble a few days later. He has made the most appearances in Inter history (858), and he has won 16 trophies with the club, including five Scudetti, four Coppa Italia, four Supercoppa Italiana, one UEFA Cup, one Champions League, and the FIFA Club World Cup. In addition, he has made the most appearances as a captain in the Champions League (82).

Who is the king of UCL?

Cristiano Ronaldo has the most goals in the UEFA Champions League, with 135 in total. With 120 goals, Lionel Messi is in second place. Both players are far ahead of the competition, with third-placed Robert Lewandowski scoring 73 goals.

Who is the youngest Champions League, winner?

After 85 minutes, Ajax striker Patrick Kluivert, who is 18 years and 327 days old, became the youngest player to score in a UEFA Champions League final.

Who scored the first-ever UCL goal?

Joao Baptista Martins of Sporting CP scored the first goal in European Cup history. On June 13, 1956, the inaugural final was held at the Parc des Princes between Stade de Reims and Real Madrid.

What happens if the Champions League winner has already qualified?

Does 6th get Europa League?

If the FA Cup winners finish in the top five, which appears to be the case, they will qualify for the Europa League. From now on, only 32 teams will compete in the Europa League group stages, down from 48 in previous years.

We hope you enjoyed our article on the Top 5 greatest captains in Champions League. We hope you enjoyed our entire about greatest captains in Champions League & the Champions League winners list. This article has been updated following the official Wikipedia results. Please leave valuable feedback in the comments section below. The information on this page is subject to change at any time. Our website (www.footballtipmaster.com) makes no guarantees about the accuracy of the information.