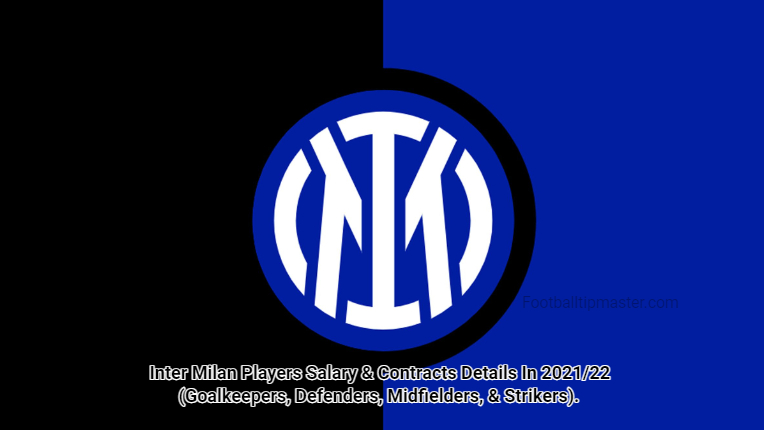 Inter Milan Players Salary in 2022: Inter Milan FC has been one of the top clubs in the Seria A for many years, so we’ve compiled a list of Inter Milan players’ salaries in 2022, including goalkeepers, defenders, midfielders, and strikers. Inter Milan FC’s average player salary is €4,481,130, and the total yearly wage invoice for all players is €102,307,000. As a result, they are the second-highest-paid club in Serie A. With 49 points, Inter Milan FC currently leads the Serie A table.

Internazionale Player salaries in Serie A are among the highest in the world, and Inter Milan, as you might expect, is a major contributor to that. Inter Milan has put in their best performance since the start of the Serie A 2019-21 season. Antonio Conte was appointed as Inter’s new manager at the start of 2019. Simone Inzaghi is the current manager of the club. Inter Milan’s board of directors recently gave him carte blanche for the January transfer window. Inter Milan’s player salaries increase according to the club’s wage budget. Let’s take a look at the list of all Inter Milan players’ salaries and contracts in 2021/22.

This is our exclusive list of Inter Milan FC Players Salaries for the 2021/22 Season. This Inter Milan Players Salary list is based on capology.com. We hope you enjoyed learning about the salaries of Inter Milan FC players. Please leave your comments in the section below. This page’s content is subject to change at any time. Our website makes no guarantees about the information’s accuracy.