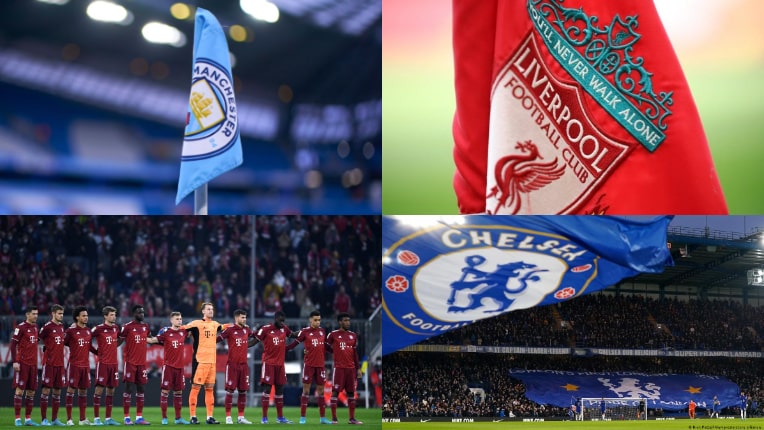 Our conclusive list of the 5 best soccer clubs in the world in 2022. Who is the best soccer team in the world? Custom is one of the reasons why soccer is so popular. Soccer is a sport that has spread to every continent and is estimated to be played by up to 250 million people worldwide.

Soccer’s worldwide popularity arises from its universally positive experience and ability. This beautiful game brings people from various cultures together. Because of the overall popularity of this easy game, FIFA tournaments are the best league in the world.

Our criteria are based on current standings in domestic and continental competitions. We took league strength into account while ignoring very short-term form. Real Madrid, PSG, Manchester City, and Liverpool is a prime example of the adage that while form is fleeting, class is eternal. But, as things stand, which best soccer clubs are on top of the world? We endeavor to compile a list of the top five best soccer clubs in the world in 2022. They’ve dominated for a decade, and one bad season hasn’t hurt their standing among the best. Who are the best football teams in the world?

Best clubs in the world soccer:

Manchester City is the best team in the world, regardless of whether they win the Champions League. Most teams have at least one area where they can improve significantly, but that is not the case for City. Man City has no obvious flaws. Manchester City is the Premier League champion. In 2020/21, City finished 12 points ahead of second-placed Manchester United, and with players like Raheem Sterling, Kevin De Bruyne, and Jack Grealish, the Manchester team is one of the favorites to win the title again.

Man City’s use of players in various positions is one of its attacking strengths. At Man City players are so accustomed to the system that they can easily switch between roles. Meanwhile, many of Manchester City’s midfielders can contribute significantly to making the best soccer clubs in the world. How many trophies has Man City won altogether? When it comes to major competition, Man City has won 29 trophies over the years, with success at the highest level.

Liverpool Football Club, also known as Liverpool FC, is an English professional football (soccer) club based in Liverpool. With six European Cup/Champions League trophies, it is the most successful English soccer team in European football tournament history. Phil Neal is the most decorated Liverpool player in history. No Englishman has more medals than him. The full-back was the only player to appear in the Reds’ first four European Cup triumphs and helped bring 22 pieces of silverware to the Anfield trophy room. Liverpool is the current Premier League winner and one of the most successful football teams in British history. Only Manchester United has won more League titles than Liverpool, who have won 19.

Bayern Munich is a professional German football club based in Munich, Bavaria. Bayern Munich is best known for its professional football crew, which competes in the Bundesliga, Germany’s top tier of football (soccer) leagues. Apart from their on-field achievements, one of the main reasons for Bayern’s unparalleled popularity is the 50+1 rule that governs German football, which states that soccer clubs must be majority-owned and controlled by their members rather than a single financial backer.

Stefan Effenberg, Bastian Schweinsteiger, Franck Ribery, Paul Breitner, Arjen Robben, Karl-Heinz Rummenigge, Sepp Maier, Philipp Lahm, Franz Beckenbauer, and Gerd Muller are the top ten greatest Bayern Munich legends of all time. What is the total number of trophies won by Bayern Munich? Bayern Munich is the most successful football club in German football history, they have won a record 32 national titles, including 10 in a row since 2013, as well as 20 national cups and multiple European trophies.

The only London club to have won the Champions League. Of all the successful clubs in London have had over the 150-year history of English football, none can compare to Chelsea’s achievement in lifting the Champions League trophy in 2012. The top ten Chelsea legends are Bobby Tambling, Peter Bonetti, Petr Cech, Ashley Cole, Marcel Desailly, Kerry Dixon, Didier Drogba, Ron Harris, Dennis Wise, and Terry Venables.

The World Sport Organisation has named Chelsea the ‘Football Club with the Best Reputation’ for 2021. The Blues had a very successful year on the field in 2021, winning the Champions League and the Super Cup, adding to their trophy cabinet. Since its inception, they have won two European Cups, two UEFA Cup Winners’ Cups, two UEFA Cups, two UEFA Super Cups, and one FIFA Club World Cup. It is the fourth-most successful club in English football in terms of overall trophies won.

PSG has played in France’s top flight for the most consecutive seasons and is one of only two French clubs to have won a major European title. They are France’s most popular football club and one of the world’s most popular teams. PSG has dominated French football as a result, winning 27 trophies: seven league titles, six French Cups, six French League Cups, and eight French Super Cups. They have also become a fixture in the Champions League knockout stages, reaching the final for the first time ever in 2020. Zlatan Ibrahimovic, Safet Susic, Pauleta, Thiago Silva, Mustapha Dahleb, Kylian Mbappe, Bernard Lama, Edinson Cavani, and Ronaldinho are the top ten greatest PSG players of all time.

We hope you enjoyed our article on the list of the best soccer clubs in the world. Please drop your opinions in the comment box. The information on the best football clubs in the world in this article is acquired from Wikipedia. Since this topic is subject to change, our website provides no guarantee for the accuracy of the information.