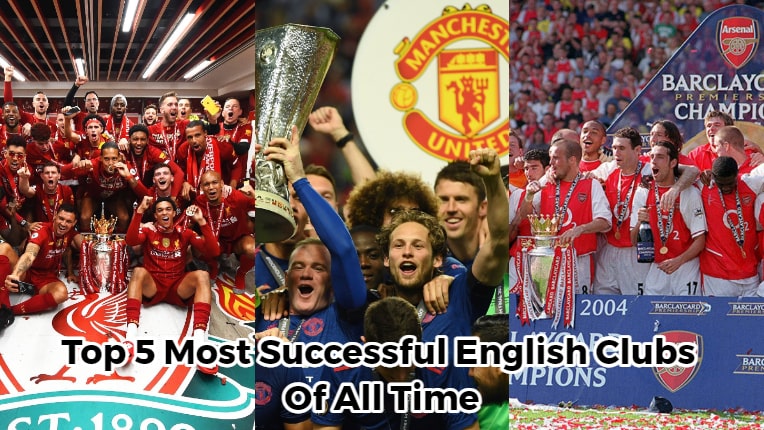 Liverpool is the most successful English clubs of all time with the most trophies. Liverpool recently defeated Chelsea at Wembley to win their ninth League Cup title. As a result, the Reds are now the joint-most successful English club. Liverpool is the fourth club in history to have reached ten European Cup finals. Teams in England are accustomed to winning championships. The reds won the cup after dramatic penalty shootouts with Chelsea in 2022, bringing the trophy back to Anfield. Trophy-less stretches usually result in panic stations at some clubs. Also, Liverpool was defeated 1-0 by Real Madrid in the 2021-22 Champions League final in Paris. As a result of such competition, teams from the country have dominated at the continental level as well. Chelsea, from London, is the reigning European champion.

In recent years, Manchester City has dominated English football. Liverpool will be making their tenth appearance in European soccer’s most prestigious fixture, and they’re fifth since the tournament was renamed the Champions League in 1992. Liverpool has won six of the last nine finals, defeating Borussia Monchengladbach, Club Brugge, Roma, Real Madrid, AC Milan, and Tottenham. Mancunian teams have won some domestic league and cup titles. However, the majority of their success has occurred since 2010. Meanwhile, Manchester United, their city rivals, has a much longer history of success in the country. The Red Devils are one of the world’s most successful English clubs. Chelsea, Arsenal, Leeds United, and Aston Villa have all had great success. This article lists the top five most successful English clubs of all time based on the number of titles won.

Who are the top 5 most successful English clubs of all time | Which English Club Has Won The Most Trophies?

1. Liverpool is the most successful English club of all time with 67 trophies

With six European Cups, three UEFA Cups, and four UEFA Super Cups, Liverpool has won more European trophies than any other English team/club. Liverpool has also won the FA Cup seven times and the League Cup an unprecedented eight times. Mohamed Salah has twice won the Premier League’s, Golden Boot. Liverpool Football Club is England’s most successful top-flight club. With their recent League Cup victory, the London giants have reclaimed their position as England’s top team. In the 1970s and 1980s, Liverpool had tremendous domestic success. It was their first Premier League title in three decades. According to statistics, Liverpool is now the third-best team in the world. Liverpool is now the best & successful English club of all time in the world, Manchester United trailing far behind.

2. Manchester United- Second most successful English club of all time with 66 Trophies

Manchester United The Red Devils are without a doubt England’s biggest and best team. They have won the Premier League title 13 times since 1992. Man United has won a record 20 English League titles, a record 12 FA Cups, four League Cups, three European Champions Cups, and one FIFA Club World Cup, making them one of England’s most successful clubs. Manchester United is one of the world’s most prestigious, respected, and feared football clubs. The club earned such honors through their performances on and off the field over the years. They not only sit higher than Manchester City, but they also defeated them in the Charity Shield.

Sir Alex Ferguson is a Scottish former football manager and player best known for his tenure as manager of Manchester United from 1986 to 2013. However, the Scottish manager was responsible for the majority of their success. Ferguson also led them to two European Cup victories. Man United has fallen behind in the league since his departure. They did, however, win a few trophies.

Arsenal has a long and glorious history, one that is rich in tradition and trophies. The Gunners has been a team that has operated with dignity and won trophies since Herbert Chapman took over the club and changed the way things were done. Arsenal is one of the most successful teams in English football history, having played in the country’s top division every season since 1919 (Football League First Division until 1992, Premier League thereafter). Arsenal competes in the Premier League, the highest level of English football. The club has won an unprecedented 14 FA Cups, two League Cups, 16 FA Community Shields, the League Centenary Trophy, one European Cup Winners’ Cup, and one Inter-Cities Fairs Cup. Arsenal is still one of the most successful clubs in the country.

The Blues are the next most successful English club on the list. The majority of their success has occurred since the turn of the century. This occurred in conjunction with a change in ownership. In recent years, Chelsea has been a dominant force in English football. Chelsea was at the pinnacle of its popularity in the mid-1960s, with many big-name celebrities becoming regulars at Stamford Bridge. For the first time in its history, the club was considered a legitimate contender.

The London club Chelsea has five Premier League titles (2004, 2005, 2009, 2014, & 2016). Chelsea also won the first division title in 1955. They have also won several domestic cup competitions. Gianfranco Zola is and will probably always be Chelsea’s greatest player. He charmed both the club and its fans, as well as all rival fans. Chelsea is one of Europe’s most successful English clubs. They have twice won the Champions League and the Europa League.

Manchester City has become one of the world’s most successful football clubs in the last decade, winning six Premier League titles, two FA Cups, and six League Cups. Bill Foulkes was a Manchester United legend who made nearly 700 appearances in the back line. Manchester City won the first division in 1937 and 1968. They have dominated English football since a change in ownership in 2007. Manchester City’s Kevin de Bruyne has been named Premier League player of the season for 2021-22, while teammate Phil Foden has been named best young player. Belgium midfielder De Bruyne has 15 goals and seven assists this season, helping City to the league title before the season’s end. Manchester City has emerged from the shadows cast by its more successful neighbors. The club has established itself as a modern-day English powerhouse. However, Champions League glory remains elusive for the most successful English club.

We hope you enjoyed our article on the list of the top 5 most successful English clubs of all time. Please drop your opinions in the comment box. The information for this article is acquired by Wikipedia. Since this topic is subject to change, our website provides no guarantee for the accuracy of the information.