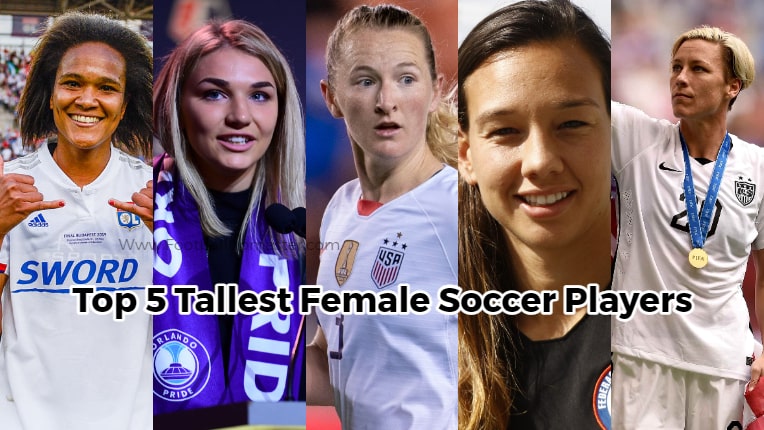 Wendie Renard was born on July 20, 1990. She is a French defender and midfielder who plays for Olympique Lyon in the Division 1 Feminine. She helped Lyon win three consecutive titles from 2016 to 2018, as well as two Division 1 Feminine titles from 2012-2013 and 2015-2016. Wendie Renard was named Lyon’s club captain in 2017 and competed in the 2018 FIFA Club World Cup. Lyon was her first appearance in an international final. She has been described as an “institution” in the professional game, having played for Lyon since 2006. Her international career began in 2009, and she has been a member of the France Women’s National Team for more than a decade.

Taylor Kornieck is an American female soccer player. She was born on November 22nd, 1998, and currently plays for the Orlando Pride in the NWSL. In 2020, she spent a short time on loan at MSV Duisberg. Her mother (Kirstin) was a professional volleyball player in Europe, and her brother (Nick) played collegiate basketball for Doane University and California State University, Dominguez Hills. She was named captain of the United States U-20 women’s national soccer team in 2017 and competed in the 2018 CONCACAF Women’s U-20 Championship. She is one of the list’s youngest players, so she still has a lot more to accomplish. Playing for the USA National Youth Team, on the other hand, is a great honor, and she should have a bright future ahead of her. Her next step would be to make the USA Women’s national team and become a regular starter.

Sam Mewis is an American professional soccer player. She was born on October 9, 1992, in Weymouth, Massachusetts. She currently plays for the North Carolina Courage in the National Women’s Soccer League (NWSL), but she has also played for Manchester City, the Western New York Flash, and the Pali Blues. Mewis was selected by the Boston Breakers as the second overall pick in the 2016 NWSL College Draft. During her college career, she was an All-American three times and won the NCAA Championship in her junior year for the UCLA Bruins. She was also honored with the 2015 Honda Award by the Collegiate Women Sports Awards, which recognized her as the best collegiate female soccer player.

Sam Mewis has played for the United States women’s national team. In November 2016, she was called up for the first time to the squad for a friendly against Brazil. She came on at halftime to replace Julie Ertz, and the game ended in a 1-1 tie. She became the 44th player to earn their first senior USWNT cap. In April 2017, she scored her first goal for the USWNT against Russia in an international friendly match. She also scored a hat-trick in a 4-0 victory over Colombia on January 2021.

Christiane Endler Born on July 23, 1991, in Santiago, Chile, is a talented Chilean footballer who plays as a goalkeeper for Chile’s women’s national team and Paris Saint-Germain. Her quick reflexes, exceptional shot-stopping abilities, long-range throwing ability, precision control, and ball distribution command over the field place her at the top of the goalkeepers’ list. Her playing style is very similar to that of Manuel Neuer, the German goalkeeper. Christiane’s upbeat and charismatic performances have raised the bar for women’s football. Christiane Endler also won the Copa Libertadores in 2012 with Chilean club Colo-Colo, as well as five domestic titles, after spending time in the United States, England (Chelsea), and Spain (Valencia).

Abby Wambach is an American professional soccer player. She was born on April 2, 1980, in Rochester, New York, to Rochester native and former US international player Elizabeth McKeown and Hamrick-born father Steve Wambach, who was playing for the nearby Buffalo Stallions at the time. She went to “Our Lady of Mercy High School” in Rochester before graduating and going on to play for the University of Florida in the NCAA. Abby Wambach also played basketball in high school. Abby Wambach was the first woman in history to score more than 200 international goals or 100 goals in an Olympic Games. The Fédération Internationale de Football Association named her Women’s Player of the Year in 2012. (FIFA). She is also the all-time leading scorer for the United States women’s national soccer team and the second all-time leading international goal scorer (men or women), trailing only Christine Sinclair of Canada.

Also, Check out: Best Revenge Moments In The World Football History In Terms Of Best Revenge Taker In Football.

This is our exclusive list of the top 5 tallest female soccer players in the world. We hope you enjoyed reading our article about the tallest female soccer players. This article has been updated based on the official google.com results. Please leave your thoughts in the section below. The information on this page is subject to change at any time. Our website makes no guarantees about the accuracy of the information.