Skip to content
Home » The central midfielder, the centre-back, and the goalkeeper are the most important positions in soccer 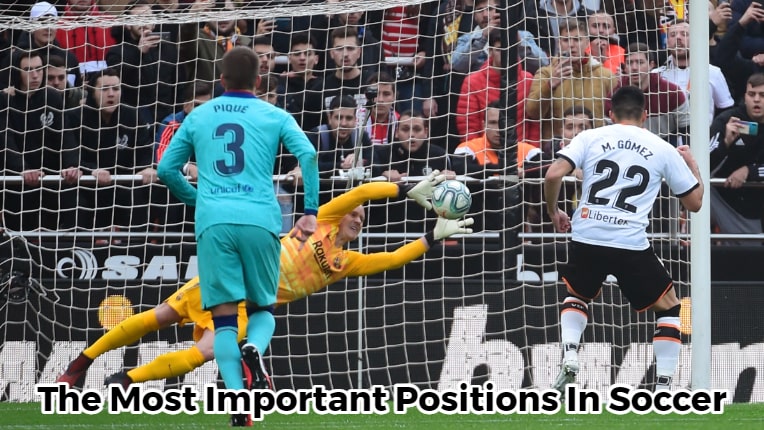 In this article, we’ve listed the most important positions in soccer. An entire team effort in soccer usually makes a difference. Some certain positions are more important than others. Keeping world-class players in any club/team who perform well every single night in these positions usually sets teams up for success.

What Is The Most Important Position In Soccer?

The Central midfielder, the centre back, and the goalkeeper are the most important positions in soccer. Although each position is important and has a unique role, every team can play without a striker, full back, and wingers, but never without a CM, CB, or a goalie. The midfielder is the mediator between the defence and the attack, the centre back is the last man protecting the goalie, and a goalie is essential to the goal. These positions are crucial in every game, making them the most important.

What Are The Most Important Positions In Soccer?

While there can only be one goalkeeper, there are no restrictions on how many players can play in the attack, midfield, and defence. Depending on the formation, teams typically have 3, 4, or 5 defenders, 2, 3, 4, or 5 midfielders, and 1, 2, or 3 attackers. There are several schools of thought on the best way to form a team. Some coaches are defensive-minded, putting together a team with defensive characteristics. The center-back positions are perhaps the most important for such teams.

Teams that emphasize possession may rely on highly talented midfielders to control the tempo and flow of the game. Midfielders may be the most important players for such teams. Many soccer coaches follow an attack-oriented philosophy, which means they prioritize getting the ball to their strikers or wingers at all times. Attackers are likely to be the most important players for this type of team because they are their main source of creativity and goal scoring.

A great goalkeeper role is one of the crucial in any soccer team. While goals are often scored against entire defences, a great goalie can frequently save a poor defence. Few teams are successful without a fantastic goalie. This is the only position in soccer that still necessitates the use of a specialist. They have a dedicated coaching staff, and entire teams plan how to defeat an opposing goalkeeper.

To be a successful modern goalkeeper, you must do more than just stop shots. They can also ignite an offense with good passing moves and counter-decisions. Goalkeepers are more athletic than ever before. Goaltenders benefit from the ability to play at a high level for an extended period of time. Running up and down the pitch does not put as much strain on their bodies. They must jump around and sacrifice their bodies to protect the goal, but they may only have a few opportunities per game.

Also, read- Who Are The Top 7 Greatest Goalkeepers Of All-time In World Football History

Center-backs are responsible for pushing players forward and ensuring that no opposing player is onside with an easy run to goal due to their position on the field. Centre backs’ leadership and communication skills are the reason why so many of them are team captains and frequently become managers when they retire.

It is extremely difficult for a team to win consistently without a reliable center-back. There’s nothing in the rulebook that says a center-back is required, but modern formations almost always require someone to play that position. A center-back’s main goal is to keep the opposition from scoring regularly. They can help eliminate scoring chances by keeping the offense away from the goalie in the first place. The best center-backs can stop opposing attacks while also setting up players ahead of them on offense.

It should come as no surprise to soccer fans that center-backs are frequently called upon to serve as team captains. They must be communicative because they serve as a link between the goalkeeper and the midfield. Teams with a lot of talent can struggle if everyone isn’t on the same page. The role of a center-back has evolved, particularly in aggressive teams. Even the best teams, however, recognize the importance of a quality center-back.

Central midfielders serve as the link between defence and attack. They literally strengthen the team’s core and are distinguished by their constant availability to receive and pass the ball. In addition to a variety of defensive duties, they direct offensive play after receiving the ball from the centre backs.

Teams are willing to pay a high price for talented central midfielders. The best ones can do a little bit of everything and are extremely adaptable to the team for which they play. Because so many other teams are looking for physicality to gain an advantage, having strength as a central midfielder is becoming increasingly important.

4. Striker | Why Striker Position Is Important In Soccer

A striker’s traditional role, like that of a center-forward, is to score goals; strikers are thus known for their ability to peel off defenders and run into space via the defender’s blindside, and to receive the ball in a good goalscoring position, as typified by Ronaldo and Thierry Henry.

Strikers will always score the most goals, and teams will always look for new ways to put the ball in the net. Even if they don’t have as many responsibilities as other positions on the field, scoring is still necessary to win. First and foremost, a central forward must be extremely accurate when given scoring chances. There may only be a few scoring chances in 90 minutes, and the Centre-forward will get one or two of them most of the time. Consistency is important, and finding separation from defenders will provide exceptional value.

Being a threat as a central forward can create chances for other players on the field. If a team lacks a strong central forward, the defence may be able to play a prevent-styled option to limit goals altogether. The best teams in the world still have at least one reliable central forward on their roster who can score when needed. Everything else on the team can be good, but most people aren’t content with scoreless draws.

Why Goalkeepers are the most important position in soccer

The goalkeeper is not only the most important position in soccer but also the most difficult. The goalkeeper plays an important role in modern soccer. They can not only change a match on their own, but they can also see the entire field and position the rest of the team as they see fit. A goalkeeper is more than just a player on the field; they must be a leader and a coach while sacrificing their body every game. Great teams cannot survive without good goaltending.

Can a Soccer Team Survive Without These Four Positions of Quality?

Soccer teams at the highest levels will struggle to succeed unless they have strong players at these four key positions. One or two can be average, but to compete, they need a star in one of these positions. There are subtleties that make all the difference in the world of soccer. Teams are always looking for an advantage, and they will take advantage of mismatches as much as possible. Without genuine talent in these positions, teams will struggle to compete with the best of the best.

For good reason, the teams with the most money will always pay a premium for these positions. They understand, as well as anyone else, that quality is expensive. They would rather pay a slightly higher price here than fall behind their competitors. Players who excel at these positions are always in for a good payday when their time comes.

We hope you enjoyed our article on the list of the most important positions in soccer. Please drop your opinions in the comment box. The information for this article is acquired from Wikipedia. Since this topic is subject to change, our website provides no guarantee for the accuracy of the information.