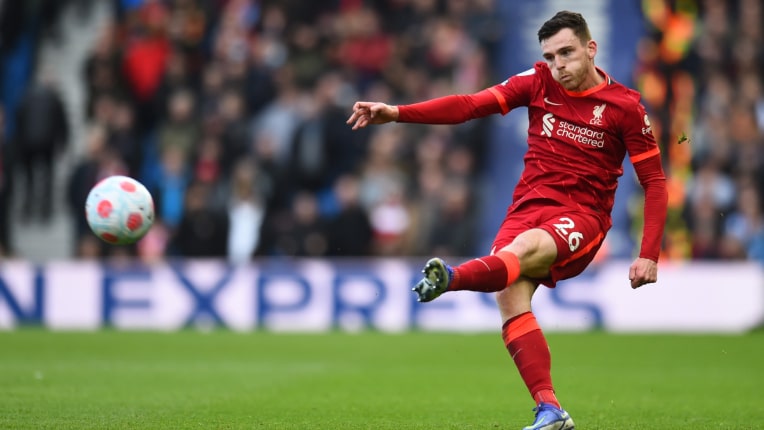 To call someone one of the best left-backs used to be a form of damning with faint praise. Left-back used to be the position for the team’s worst player. No problem if you didn’t have a left foot – left-back was the spot for anyone who didn’t have a specific job on the team.

What is the role of a left-back in soccer?

A left-back must cover the opposing team’s flank. A modern full-role back is not limited to sitting and protecting his defence. He is expected to contribute to the team’s overall performance. This includes both defence and offence. The players who play these positions, like all full-backs, require a lot of stamina and endurance to be able to run at the opposition’s wingers and full-backs, making it to the by-line and eventually providing crosses. The art of dribbling is related to this skill.

Then again, times have changed. Fullbacks are no longer the unsung heroes. Indeed, some of the players on this list are critical of how their club and country are structured. Not only defenders, but also valuable attackers, creators, scorers, set-piece takers, and generals. So, without further ado, here are the top 7 left-backs in the world right now.

Full-backs are no longer regarded as the unsung heroes of football. Indeed, several of the players on this list are crucial to the success of their club and country; these are the 7 best left-backs in the world right now.

Andrew Robertson was born on the 11th of March, 1994. He is a Scottish professional footballer who currently plays for Premier League club Liverpool and captains the Scotland national team. Robertson, regarded as one of the best left-backs in the world, is known for his crossing, tackling, work rate, stamina, and speed. With Trent Alexander-Arnold on the right, Jurgen Klopp’s gegenpressing strategy relies heavily on the left-back. Jose Mourinho famously stated that he became tired “just by looking at Robertson,” and that work rate has been on display this season as he has helped propel Liverpool into a title challenge. Indeed, the former Hull City player never gives anything less than his all.

The Scotland captain has one of the best deliveries on this list. Even at full sprint speed, his crossing is almost always pinpoint, making him an important part of Liverpool’s attack. He is quick, tenacious, a good passer, and a vocal backup organizer. This season, he has 49 Premier League assists.

Also, read- What Are The Top 5 Basic Soccer Skills Beginners Should Learn!

He is well-known for his speed, dribbling ability, versatility, creativity, and ability to cross. He is widely regarded as one of the world’s best full-backs. Cancelo began playing for Benfica’s reserve team in 2012 after graduating from the club’s youth academy and was promoted to the first team two years later. Joao Cancelo has consistently redefined the standards for modern left-backs since he arrived at the club.

Capable of playing at both right-back and left-back, it’s rare to see a player thrive in both positions as well as the Portuguese international has at Manchester City. After claiming the title of best right-back in Europe last season, it’s safe to say that the 28-year-old has been the best left-back in the world during the 2021/22 season, highlighting his incredible versatility.

Theo Hernandez joined AC Milan from Real Madrid in 2019 and has been instrumental in the club’s recent resurgence. Hernandez is a young Atletico Madrid player who can play as a center-back or a full-back. Theo Hernandez played 30 games in the Italian Serie A season 2021/22. (plus 2 as a sub). They had 14 shots on goal out of a total of 33 attempts and scored 5 goals (4.70 xG). Theo Hernandez averaged 43 passes per game with an 84 percent pass completion rate and 6 assists. The Frenchman, arguably the best dribbler on this list, is a joy to watch when in possession, taking on players and helping to overload opposing defences.

Also, read- Who Are The Greatest Defenders In La Liga | All-Time Rankings

He was a key member of the UEFA Euro 2012 winning team, as well as the squads for the FIFA World Cups in 2014 and 2018, as well as the European Championships in 2016 and 2020. Alba’s star, which was once the gold standard for European left-backs, has dipped slightly in recent seasons. In reality, that has as much to do with Barcelona’s decline as it does with anything he’s done personally. As evidenced by his seven assists in La Liga this season, the Spaniard maintains his usual blend of speed, composure, final product, and dazzling footwork. Alba’s career is coming to an end at 33, but his technical ability means he’ll be able to play at the highest level for a few more seasons. He is still a pivotal figure in Xavi’s Camp Nou revolution.

Kieran Tierney was a bright spot in an otherwise disappointing season for Arsenal in 2020/21. The Scotland left-back, signed by Celtic at the age of 22 for £25 million in 2019, has quickly established himself as one of Arsenal’s most important players, both defensively and offensively. Arsenal’s revival under Mikel has been built on a strong defence, as are all revolutions. The additions of Ben White, Aaron Ramsdale, and Takihero Tomiyasu have made a significant difference, but Tierney’s calm leadership on the left has been critical in bringing those players up to speed. The Scotsman is tenacious, diligent, and excellent in possession, and he is also willing to fill in at center-back when needed. He’s a solid defender, and Arsenal wouldn’t be as secure without him.

Davies is unquestionably a top-three left-back when healthy. However, an injury-plagued season has pushed him down the list. A heart condition has contributed to the 21-year-old making only 16 league appearances for Bayern this season, and he is still far from fit… Alphonso Davies, nicknamed “Roadrunner” by his teammates, broke the Bundesliga sprint speed record in June 2020, clocking an eye-watering 36.51 km/h (22.6 mph). The Canadian is lightning quick, possibly the fastest player in the world, but his game is more than just speed.

Davies, a natural winger who still plays an attacking role for his country, is a serious threat going forward. His dribbling and movement are world-class, and defenders are frequently overwhelmed when he advances to join Leroy Sane down Bayern’s left flank. This allows the Germans to move inside and wreak havoc on the box. Davies is also a solid defender, with one-on-ones rarely resulting in his opponent winning. Davies has the speed to recover and win the ball back when he is beaten.

Also, read- Top 10 Best Football Referees Of All Time | Who is the world’s best football referee?

Olympique Lyonnais sold Ferland Mendy to Real Madrid for $53 million. Going forward in 2021, Mendy has an average of 2.03 shot-creating actions and 6.91 progressive carries per 90 minutes. With a pass accuracy of 90.7 percent per game, he is one of Europe’s most accurate passers.

Filling Marcelo’s shoes is not something you’d wish on your worst enemy. Nonetheless, Ferland Mendy has demonstrated that he possesses all of the necessary ingredients to usher Real Madrid into a new era. He lacks the jaw-dropping samba magic of Real Madrid’s no.12, but he compensates with defensive intelligence and extreme physicality. Mendy reacts quickly and reads the game well. He needs to improve his attacking skills, particularly his crossing, but there are few better defenders on this list.

We hope you enjoyed our article on the list of the 7 best left-backs in the football world right now. Please drop your opinions in the comment box. The information for this article is acquired from Wikipedia. Since this topic is subject to change, our website provides no guarantee for the accuracy of the information.