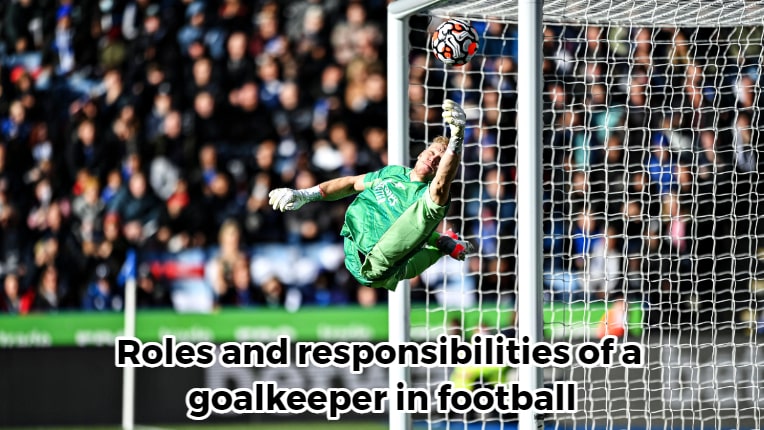 Why are goalkeepers so tall?

A tall keeper’s game is easier to develop by air. Because of his height, high air balls are easier for him to catch. It is extremely difficult for field players to win a header against a tall goalkeeper. Being tall also gives you more confidence in your ability to reach those air balls.

In soccer, an entire team effort usually makes a difference. Certain positions, like goalkeepers, are more important than others. Having better goalies in any team/club who perform well every evening usually sets teams up for success. What is the importance of a goalkeeper in football? The goalkeeper is the tardiest and one of the most responsible players. The main function of this is to intercept and protect his goal, preventing the opponent from scoring. There is no more important part or phase of the game than another. Take a look at the goalkeeper’s importance in the development of the game and what are the roles and responsibilities of a goalkeeper in football.

The Roles & Responsibilities of the Goalkeeper in Football (Soccer)

To begin, the goalie is the only player permitted to use his or her hands, though only in the penalty area. This is why this position is so important in defending the goal. The ability to catch or prevent shots with your hands gives you power that no other player on the field possesses. Many goalies have excelled between the lines, shining for a season or two before disappearing. A clean sheet is the most important thing for a goalkeeper. A clean sheet is when you do not allow a goal during a game. There have, however, been a slew of the best who have consistently performed admirably season after season. The roles and responsibilities of a goalkeeper in football are listed below.

In modern football, there are three distinct roles that we distinguish as goalkeepers:

This goalkeeper has only one goal in mind: to keep a clean sheet. He excels at shot-blocking, eliminating threats from crosses, and recovering quickly after blocking a shot. He has complete control of the 6-yard box. His weaknesses include ball skills, defensive line coverage, and game reading.

A sweeper Keeper is a goalkeeper who is quick and brave enough to dash off his line to clear through balls if necessary. The Sweeper Keeper serves as both a goalie and the last man back. Having the goalie double as the sweeper frees up a front-row player. When their team has possession of the ball, the sweeper-keeper will play off their line. This role complements a team with a strong defensive line. The goalkeeper must close down and press any ball that breaches the defensive line in this setup.

A sweeper keeper is a goalkeeper who controls the space behind the defensive line by pushing up and staying as close to it as possible, as well as actively participating in his team’s play when they have the ball, effectively acting as an eleventh-outfield player. Sweeper-keepers have become popular among managers who use total football tactics. They are chosen not only for their shot-stopping and goalkeeping abilities, but also for their skill with the ball at their feet, or their ability to pick out.

In association football, the goalkeeper (abbreviated as keeper or goalie) is a position. It is the sport’s most specialized position. The primary responsibility of the goalkeeper is to prevent the opposing team from scoring (putting the ball over the goal-line of goal).

Aerial duels take place when two players compete for possession of a ball in the air; this is a symmetrical event because neither player begins with possession. Because one player has possession and the other is attempting to reclaim it, ground duels are asymmetrical events. It is the goalkeeper’s responsibility to be dominant in the air and to come out for any crosses that may be needed. Timing and quick decision-making are critical for being in command in the air, as misjudging the flight of the ball allows the opposition to shoot on an empty net.

Shot stopping: What is shot-stopping in football?

The most crucial responsibility is to defend the goal and keep the ball from crossing the goal line. A goalie must have good positioning, reflexes, and agility, as well as the intuition to read the striker’s body language, to be a good shot-stopper.

Most tournament goals are short and wide (not as wide as full-size goals, but wide in comparison to their height), which means shots should be low and hard. Any shots higher should be a simple save for the Keeper, who should be able to get across the goal with good footwork and quick short sidesteps. A double goalkeeping action drill begins with the goalkeeper holding the ball. They deflect the ball before dealing with a long-range strike.

What does football distribution mean? There are two methods of distribution: throws and kicks. Both have advantages in certain circumstances. Kicks. A goalkeeper with a big foot may simply drop the ball to the ground and take the kick normally. The ability of a goalkeeper to pass the ball to field players to start an attack or keep possession of the ball is referred to as distribution. Goalkeepers who can play the ball with their feet are becoming increasingly important in today’s game. A goalkeeper with excellent ball control and a diverse passing range provides the team with new tactical options. The distribution of a goalkeeper occurs after a save or the goal kick is taken. When to throw, when to hold, and when to kick is a decision made at the moment. Tactical considerations may cause the distribution to be delayed.

To begin, the goalkeeper and player A must form a defensive wall. To pull the wall into position, Player A joins arms with the other players in the wall and faces the goalkeeper to cover one side of the goal, the wall should begin one step outside the post. Player B is the full-back on the kick’s near side. Depending on the situation, the goalkeeper must save shots at goal from direct free-kicks or penalties, as well as maintain a presence in the box to close down and catch deliveries and crosses from corners and free-kicks.

Organization and positioning in football

The goalkeeper is in charge of organizing the entire team. Each of the 11 players on an association football team is assigned a specific position on the field of play. A team consists of one goalkeeper and ten outfield players who, depending on the formation used, fill the various defensive, midfield, and attacking positions. The goalkeeper is the only player on the field who can see the entire field at all times. As a result, an effective goalkeeper gives clear instructions. Communication with the defensive line is critical for maintaining a strong defence.

What are the rules of a goalkeeper in football?

The goalkeeper is a unique player on the soccer field with unique rules. Except when he or she is inside the penalty box, the goalkeeper is just like any other player. The goalie is the only player on the field who can control the ball with his hands. Each team is only allowed to field one goalie. The primary distinction is that inside the penalty box, the goalkeeper may use any part of their body, most notably their hands, to touch the ball.

Rules for Goalkeepers in football: